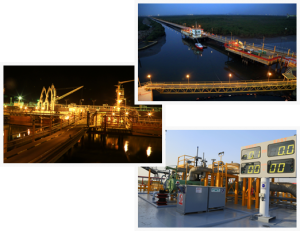 FOTCO is located at Port Qasim about 35 km East of Karachi. The Terminal located on the North side of the Kadiro Creek at position 24o47′ N; 67o17′ E is an established state of the art oil handling facility capable of handling about 9 million tons of oil per annum with a growth potential of 27 million tons per annum. FOTCO was established in the year 1995 and since have been handling majority of Diesel and Furnace Oil imports of the Country.

Designed and equipped to handle all types of POL Products, the terminal has so far handled over 163 million tons of oil. FOTCO Terminal plays an important role in Pakistan’s maritime operations by providing safe, efficient and smooth handling of country’s fuel requirements. It is the only terminal in the entire region equipped with state of the art automated jetty monitoring system. 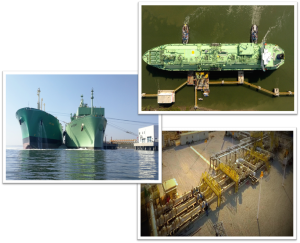 FOTCO is a consortium partner of 750 mmscfd LNG import terminal at Mazhar Point, Port Qasim, Karachi, Pakistan. FOTCO has invested over US$ 30 million in the 14 km long RLNG pipeline infrastructure that connects the offshore jetty to SSGC delivery point. The RLNG pipeline is owned and operated by FOTCO that provides service to PGPC for transmission of RLNG from FSRU to SSGC delivery point. FOTCO also carries out the overall O&M of the PGPC LNG Terminal.

FOTCO is prideful of being an integral part of this energy infrastructure project, which holds significant national importance. 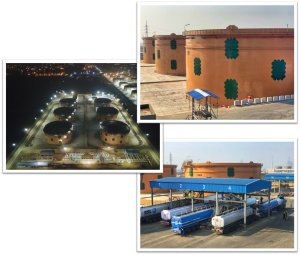 FOTCO in a joint venture partnership with Transgroup Pvt Ltd, have set up M/s. Fauji Trans Terminal that has invested over US$ 32 million in development of a state-of-the-art Bulk Oil Storage Tank Farm at Port Qasim with a total capacity of 108,000 M. tons in the first phase for storage of petroleum products. The storage terminal is intended to facilitate in efficient unloading of POL at existing FOTCO terminal to help reducing Port congestion by unloading vessels at high flowrates of upto 4000 MT/hr. The storage tanks are being made available to Oil Marketing Companies (OMCs) on spot and term basis, enabling them enhance their storage capacities. The storage terminal commenced its commercial operations in January 2020.

FTTL is a modern facility, fully integrated with FOTCO Jetty at Port Qasim. The facility is a capable of multi product handling completed with pipelines and truck loading/unloading gantries. The terminal is strictly built in accordance with the guidelines of American Petroleum Institute (API) and National Fire Protection Authority (NFPA) of the United States and equipped with latest fire fighting systems of International Standards. FTTL has further enhancement capacity of 150,000 M.ton additional storage, planned for Phase-2.

With the emerging objective, FOTCO always offer its best to the customers by providing one of the most efficient services present in the country for fuel & Gas handling operations.